Great democratic leaders, in many times and places, have understood the importance of cultivating appropriate emotions, and discouraging those that obstruct society’s progress toward its goals. Liberal political philosophy, however, has, on the whole, said little about the topic. Martha C. Nussbaum

Modern political thought, contractarian and liberal, mostly reflects a rationalism aimed at stabilizing political order and expunge conflict via subjective rights to individual liberties and a “rule of law” to regulate oppositions between the latter. The rule of law is a stabilizer that would allow a “race of intelligent devils” (Kant) to pursue, individualistically, each of their selfish interests. Modern liberalism tends to undervalue emotions, reducing them to a neutral energy to be employed by a reason that would sublimate negative passions into useful positive impulses.
Politically relevant emotions, however, are not always and necessarily subject to the liberal transmutation of vices into virtues – particularly in times of crisis. In a more realistic fashion than its modern counterpart, classical political thought places political passions, alongside the logos, at the heart of its reflection. According to Aristotle, the action of the statesman is essentially therapeutic. The aim of this action, that works with emotions, is to promote “political friendship” and abate the intensity of “enmity” within the polis. More recently, Carl Schmitt, with a frame of thought no longer referencing a substantial good, refocused “the political” on the relevant feelings of friendship and enmity.
In present times, the migration of human masses, motivated by wars or situations of abject poverty, provoke, in host countries, emotional reactions of hospitality and xenophobia which, for lack of an obvious liberal solution to the problems that they cause, eventually come to lead to significant political tensions and instability in those countries.
In light of all this, the purpose of this colloquium is twofold: To foster a significant reflection on politically relevant emotions and their effects; to consider the difficulties of liberal democracies and the weakness of the human rights instrument in addressing the problems arising from mass migrations. 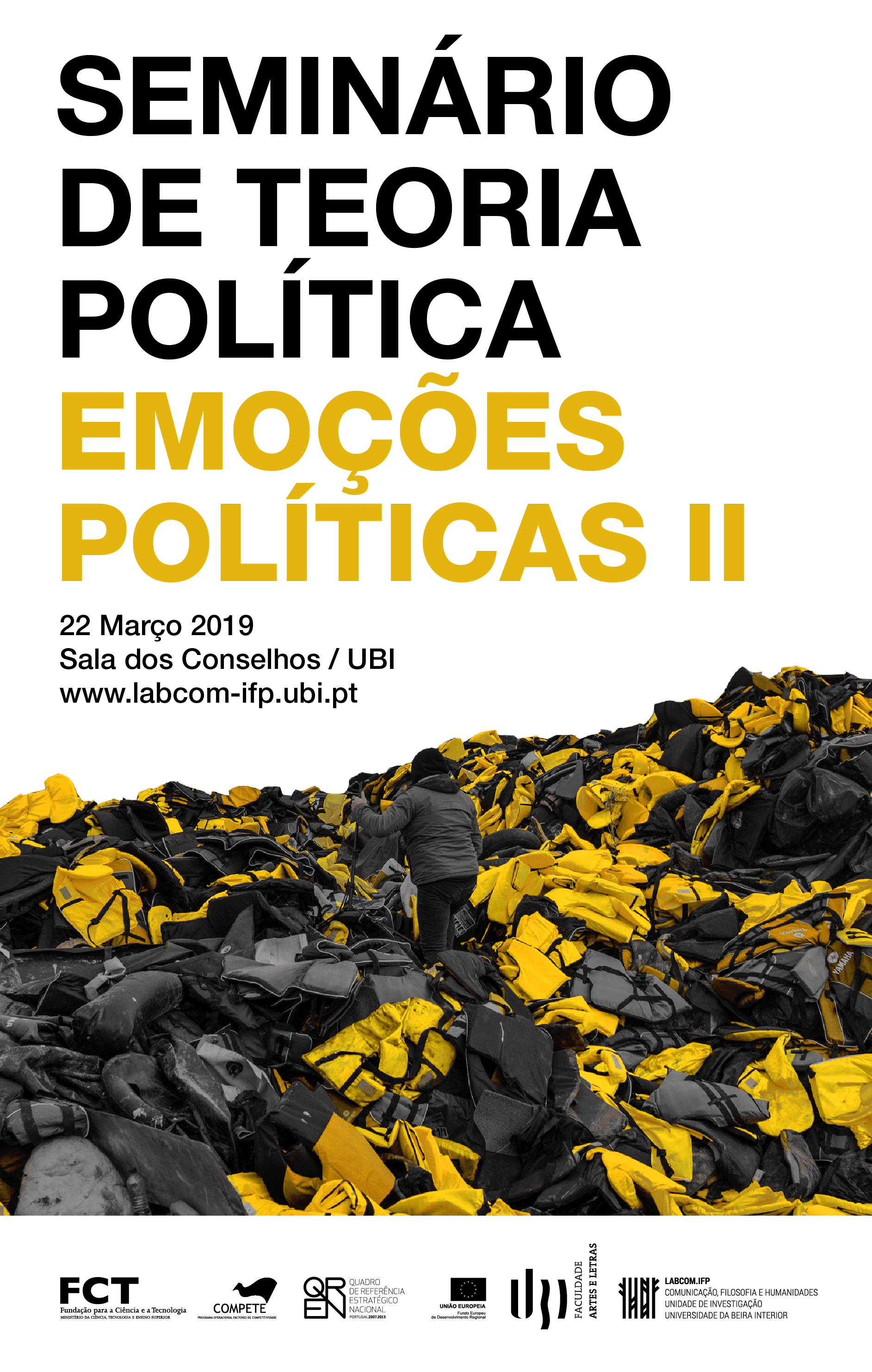